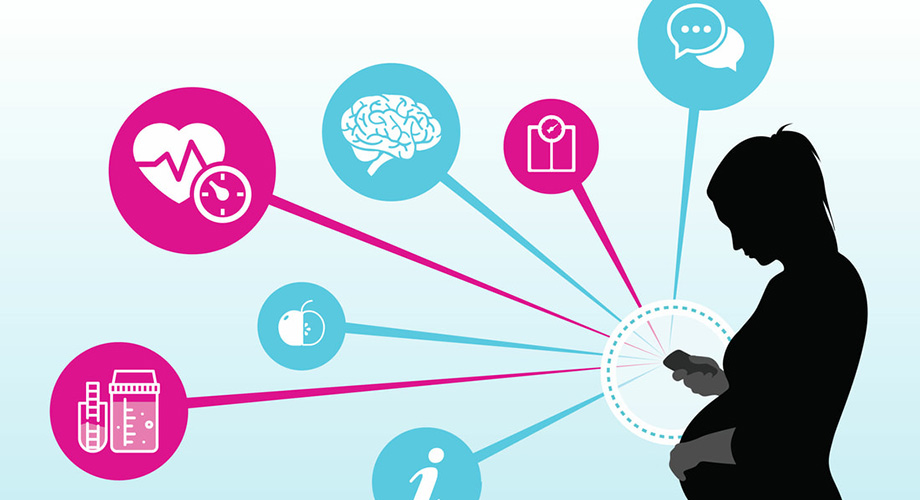 LA JOLLA, CA – In the United States, spending on hospital-based maternity care surpasses that of any other country, yet rates of maternal morbidity and mortality are rising, despite declines elsewhere.

In an effort to address this grim ranking, researchers at the Scripps Research Translational Institute have launched a new digital research platform called POWERMOM that enables pregnant women anywhere in the United States to contribute their health information to the study using a smartphone app.

“Maternal mortality in the US is an outlier in the world that cannot be tolerated, a veritable crisis that demands enhanced understanding and intervention,” says Eric Topol, MD, founder and director of the Scripps Research Translational Institute. “With POWERMOM, we’ll learn from each expectant mother at scale, via the app and wearable sensors, what makes for a healthy pregnancy.”

Pregnant women have historically been underrepresented in biomedical research, and the POWERMOM initiative seeks to address the significant gaps in understanding the determinants of healthy pregnancies.

POWERMOM invites pregnant women to share their health data through surveys as well as data collected by wearables such as Fitbits and Apple Watches. The app is currently available to users on iOS and Android, and individuals without a smartphone can participate via a web-based application.

App users will also have some individual study data returned to them, giving them the opportunity to track their individual trends over time and compare their unique data to reference populations. For example, app users will receive information regarding the percentage of other study participants who experienced similar symptoms (e.g., nausea, vomiting or depression) during the same gestational week.

POWERMOM was developed in collaboration with snapIoT, a San Diego-based technology company that provides mobile-connected, self-service platform solutions to the health and life sciences industry.

“We are honored to be selected by Scripps Research to develop a mobile solution that allows moms to participate in this important study,” says Isaac Eteminan, CEO of snapIoT. “This initiative will help the POWERMOM team conduct clinical trials aimed at improving maternal health.”

The new app follows a proof-of-concept study that saw over 2,000 diverse participants from across the United States enroll, completing more than 14,000 surveys and sharing over 107,000 daily measurements of activity, heart rate, sleep and blood pressure.

“POWERMOM is more than a research study. We want it to be a useful tool to help inform, support and monitor women who are participating,” says Jennifer Radin, PhD, an epidemiologist and digital medicine expert at the Scripps Research Translational Institute who is leading the project.

A previous pilot study demonstrated the ability to use a smartphone-based research platform to successfully recruit a large and diverse population of pregnant women to participate in a research study. This approach eliminates many of the barriers that exist for traditional clinic-based studies, which often lack participant diversity.

“We wanted to build on the initial success and expand our reach by making the app available on additional operating systems,” says Radin. “We are also focusing on incorporating various sensors into the study, which will allow us to collect frequent and more detailed health data from each participant.”