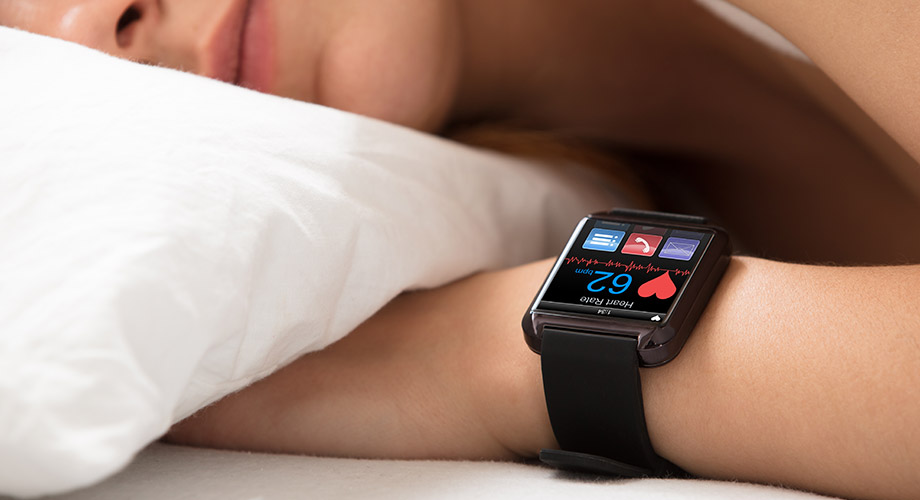 The study seeks to evaluate shared data from hundreds of thousands of wearable users as part of a program to improve detection and containment of infectious disease outbreaks.

Members of the public who are 18 or older and use a smartwatch or activity tracker, such as a Fitbit, Apple Watch, Amazfit or Garmin Watch, can join the study and consent to share their data by downloading the MyDataHelps mobile app. By harnessing key data points from these users’ wearable devices, scientists believe they can improve real-time surveillance of contagious respiratory illnesses. Early detection is critical for effective public health response to infectious disease outbreaks and for improving treatments.

“In light of the ongoing flu season and the global pandemic of COVID-19, we see enormous opportunity to enhance disease tracking for improved population health,” says Jennifer Radin, PhD, an epidemiologist at the Scripps Research Translational Institute who is leading the study. “One way to do this is to leverage and analyze the rich health data that’s already being collected by the millions of Americans who regularly use wearable devices.”

At least 1 in 5 US adults uses a mobile health app or wearable device—a trend that cuts across nearly all demographic groups and is projected to continue its growth in coming years. Scripps Research developed the app-based study in partnership with CareEvolution, a health technology company that enables secure and reliable sharing of clinical health information.

“Scripps Research’s prior work has demonstrated that passively collected data from consumer-grade wearable technologies can be not only a valuable marker of recent and current flu-like illnesses, but a promising predictor of an impending illness that may not be perceived by the individual yet,” says Vik Kheterpal, MD, Principal at CareEvolution. “We believe our partnership with Scripps Research will help make this innovative model the norm of our digital age, improving individual health and the public response to viral illnesses, and ultimately, reducing the massive human toll of the annual flu season and other outbreaks.”

Earlier this year, a study by Scripps Research Translational Institute showed that by analyzing de-identified data from approximately 47,000 users of Fitbit devices equipped with heart rate tracking capabilities, they could significantly improve predictions of influenza-like illness at the state level when compared with data from the CDC. The study took into account factors such as resting heart rate—which tends to rise when the body is fighting an infection—as well as sleep above a minimum threshold.

The DETECT study researchers will work with numerous partners in the digital health industry, including Fitbit, to encourage the public to participate in the study.

“We’ve known for more than a decade that wearables like Fitbit smartwatches and trackers can help people improve their health and wellness, and have recently seen the potential of Fitbit data to predict influenza-like illness outbreaks in real time,” says James Park, co-founder and CEO of Fitbit. “Our wearables track key health metrics like heart rate, resting heart rate, heart rate variability and sleep patterns, and these indicators across large populations can help alert health officials to potential outbreaks. With the new DETECT study, we’re encouraged to see researchers and consumers working together to validate how health data from wearables can be used as a powerful public health tool for early illness detection, enhancing the ability to track and respond to disease outbreaks like COVID-19 in the future.”

A better method of surveillance

Volunteers who participate in the DETECT study can donate their heart rate, activity levels and sleep data, as well as logged respiratory symptoms, timing of treatments they’ve taken, and diagnostic test results. Participants also have the option to share electronic health record data. This real-time, crowdsourced information is meant to complement traditional public health surveillance methods, potentially leading to earlier detection and containment of current and future outbreaks in various geographical locations. By evaluating individual changes on a day-to-day basis, researchers hope it also will be possible to help people identify when they may have a viral infection much earlier in its course, enabling earlier initiation of treatment and isolation.

In addition, the study platform will provide users with the most current local information and action guidance from the Centers for Disease Control and Prevention, thereby making wearable devices a vital ally for the individual, the wider population and health agencies.

How to join DETECT

By donating personal data, participants will join thousands of other individuals as “citizen scientists” who are not only taking control of their own health, but also helping public health officials stop the outbreak of viral respiratory illness within larger communities, Radin notes.

The study is designed to be as passive and non-invasive as possible, with minimum effort required to join. The program will provide participants with a regular summary of their data and aggregated population-level summaries. Participants can leave the study at any time. For more information about the study and how to enroll, visit detectstudy.org.