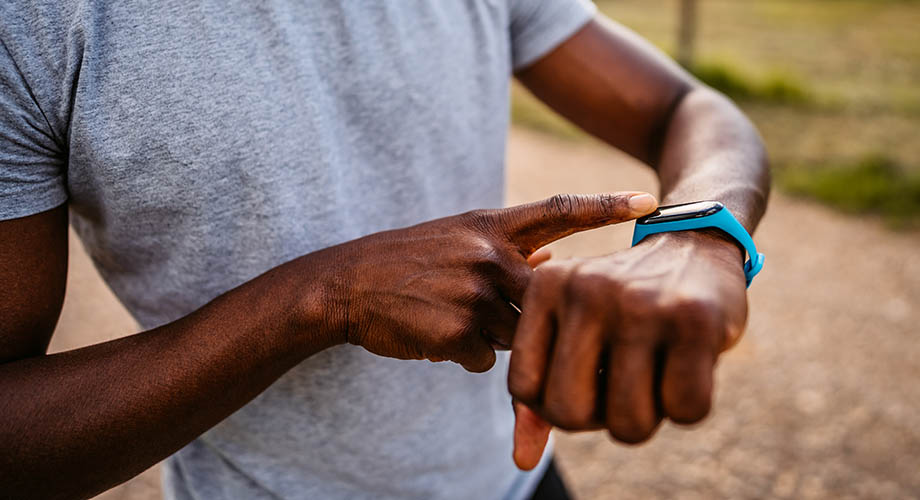 By Anna AndersenDecember 8, 2021No Comments

SARS-CoV-2, the virus that causes COVID-19, has proved to be a stealthy adversary, making infected individuals contagious even while they have no symptoms. Spotting infections early is crucial, but widespread, frequent testing has not been implemented in most countries, because of technological and financial limitations.

A new AI-based system developed by researchers at Scripps Research Translational Institute (SRTI) has the potential to identify COVID-19 cases without conventional testing, by analyzing data shared from popular consumer wearable devices like Fitbit and the Apple Watch, along with self-reported symptoms.

“We’ve been stumbling in the dark for much of the pandemic,” said Eric Topol, MD, founder and director of SRTI. “Without effective surveillance, public health officials have been continually surprised by regional outbreaks and rising case counts.”

The DETECT (Digital Engagement and Tracking for Early Control and Treatment) platform from the Scripps Research Digital Trials Center features an app that enable participants to report symptoms and share heart rate, sleep, and activity data from a wide variety of wearable digital devices, including fitness trackers and smartwatches.

“DETECT is unique because it works with the products that consumers actually own, not just expensive, professional-level devices,” said Giorgio Quer, PhD, director of artificial intelligence at SRTI. “That means we can include more data from more people, which leads to more accurate predictions.”

In the latest study from the DETECT team, just published in npj Digital Medicine, this flexible, inclusive approach has yielded impressive results. About 39,000 people contributed data through the DETECT platform, with about 1,100 testing positive for COVID-19. The machine learning algorithm developed by the researchers could accurately predict which participants would test positive or negative for COVID-19, based on multiple data types collected by wearable devices, demographic information, and self-reported symptoms.

An analytic tool used to assess accuracy — the area under the receiver operating characteristic curve — yielded a value of 0.78 for the algorithm’s ability to predict infections, based on data collected before participants were tested for COVID-19. This is a high level of accuracy.

The prediction algorithm developed for DETECT is uniquely flexible. It is able to gracefully handle situations where no data on symptoms have been recorded, as was the case for about half of DETECT participants. In addition, it easily adapts to the quality and amount of data: from simple consumer-grade sensors to professional-level devices.

Unlike many “black box” approaches to machine learning, in which the reason why a particular result occurs is unclear, the DETECT algorithm actually explains its decisions. In this way, researchers can identify which factors, including symptoms, activity levels, sleep time, demographics, and heart rate, are most important for each result. An emphasis on explainability means that users of the algorithm can fully understand its decisions and avoid potential biases, which is crucial for assuring that the system works well for a wide spectrum of individuals.

The DETECT algorithm could be adapted to study Long COVID, or the effects of COVID-19 vaccines. In the future, it might also be used to identify infections caused by other pathogens. And its superior adaptability, which allows for the inclusion of many different sensor types and varying levels of participant engagement, holds out the promise of reaching communities that have been underserved or bypassed by traditional public health outreach efforts.

“DETECT is a great example of what can be accomplished in health research using digital technology,” said Katie Baca-Motes, senior director of strategic initiatives at SRTI. “It’s exactly the kind of high-impact work that we’re focused on at our Digital Trials Center.”